Water to Thrive completed a hand-dug well in her village of Akuweini in 2014. In one way or another, water has dominated 46-year-old Wahid Abraha’s life.

From the time she was born, she regularly suffered from water-related diseases contracted by drinking water collected from the stream that borders Akuweini, her village in Ethiopia’s Tigray Region.

With the nearest health post over an hour’s walk away, getting treatment for these conditions was time-consuming and costly. She almost died several times from diarrhea simply because it was too challenging to seek treatment.

Then, about 10 years ago, a neighboring village installed a hand-dug well, meaning Abraha and her family would not have to drink from the unprotected stream any more. But this new source of health would exact a toll on Abraha in other ways.

In spite of the fact the well was only half an hour away, it was not unusual for Abraha to spend eight hours a day collecting her water. “We weren’t the only two villages getting our water from the well and the line to fill our jerry cans was always very long,” Abraha said. “It was very common to wait for six hour or more to get to the front of the line.”

During the dry season, the flow of water was so reduced that each household was limited to a single five-gallon jerry can each day. “It was never enough. I have a husband and five children and we were always thirsty,” Abraha said. “It was better than being sick all the time but it was still very hard.”

Thankfully, since a Water to Thrive-funded hand-dug well was installed in her village in December 2014, all of Abraha’s water problems have disappeared. The new well is just five minutes from her house.

According to Abraha, she’s healthier and happier than she’s ever been. She’s also come up with a unique way to spend her newfound time by rural Ethiopian standards.

“I’m going to spend that time looking after my first grandchild,” she said. “I never really had the opportunity to do this with my children and I love it.” 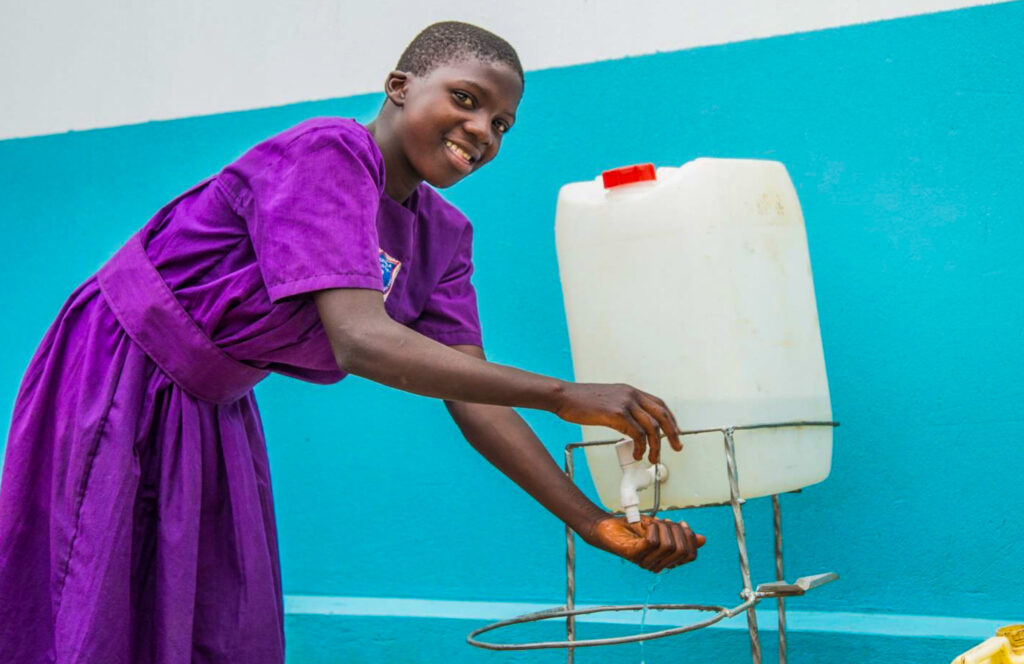