Access to treatment for Typhoid fever varies around the world. Developed countries are able to easily access medications and vaccines to help reduce the symptoms and infection rate. However, undeveloped and rural countries lack access to the necessary medications to decrease the infection rate. Typhoid fever presents itself with flu-like symptoms such as a high fever, stomach pain, and a headache, but can progress to extended weakness, loss of appetite, internal bleeding and even death. This bacterial infection spreads through communities with poor sanitation practices, which is most seen in Southern Asia and Sub-Saharan Africa. These portions of the world are heavily impacted by water-borne illnesses. Travelers to these regions can prepare by receiving a typhoid fever vaccine at least a month prior to the travel. This significantly reduces the chances of developing an infection as well as spreading the infection. The most recent version of the vaccine provides 50-80% efficacy, so travelers must still be aware of chances for infection.

This vaccine is easily accessible to travelers, but how accessible is it to communities in rural Africa that suffer from this disease at a high rate? Around the world, as many as 30% of people do not have access to the necessary treatment, and ultimately die from the complications. In the United States, without insurance, the typhoid vaccine can cost anywhere from eighty-five dollars to three hundred dollars; a steep price that people in African communities just can’t afford.

Prevention and what is being done:

In 2019, a vaccination campaign began in Zimbabwe by the World Health Organization (WHO) that worked to vaccinate families living in areas with water insecurity. This campaign went on for eight-days and was able to vaccinate over 300,000 people. This high-risk area was positively impacted by this vaccine campaign and saw a decrease in the number of cases compared to years before. The most drastic decline in cases after this campaign was seen in children. Children are most severely infected by this disease and with the vaccine, they were given hope for their future and the ability to live a healthier life. One mother at the campaign had suffered through the loss of many in her community but was able to see hope when she and her 2-year-old daughter both received the vaccine. A direct quote from WHO’s website said,

“This vaccine will make sure my child is protected from contracting typhoid because, until we have safe water, there is a chance she might get it.”

This quote speaks loudly to the fact that even though modern medicine is helping to reduce the rates of infection, the only way to secure safety is through clean water. This campaign brings hope for the future of what not only medicine can do, but also how far programs like this can spread. 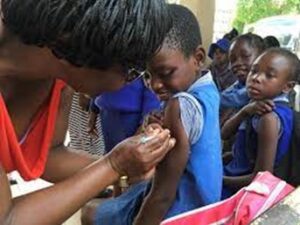 Over 2 billion people suffer from clean water insecurity, and this number is only expected to grow in rural areas because of population growth and drastic climate change. Many of these people suffer from a lack of clean water due to poor sanitation and different species of bacterial living in the water sources. Infections from these bacteria decimate populations and decrease the quality of life for those suffering.

Water to Thrive’s mission is to bring clean water to communities like this. Over the years, Water to Thrive has built numerous clean water wells to help communities like this overcome water insecurity. With the help of so many wonderful volunteers and generous donors, one day, we will bring clean water to those who not only need it but deserve it. Thank you so much for reading this blog and for your continued support to this amazing cause! 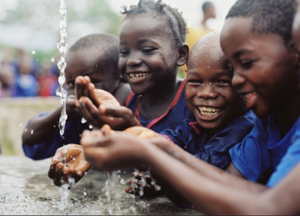