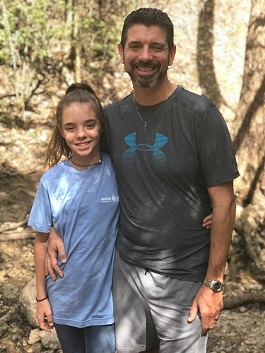 A Message From Chef Bull: I first learned about Water To Thrive several years ago,when I was approached by W2T to help create what would become their signature fundraising event, Chef’s Table Austin. During the process, I learned more about the water crisis and saw W2T’s dedication to help provide the basic, life-changing resource of safe water.

I have truly enjoyed this annual event, supporting W2T’s mission of bringing clean water to so many African communities in need. When I heard about a very different fundraising opportunity in Tanzania this summer, I wanted to join W2T on their climb of Mt. Kilimanjaro. W2T chose this unique fundraising experience, because Tanzania is one of the three African countries they serve by building clean, safe water wells. This summer’s expedition will launch with visits to their Tanzanian water projects and also to villages still in need of life-saving water. Afterwards, our group will begin the eight-day climb (one day for descent included), with each climber pledged to raise funds for Water to Thrive. All of your donations will go directly to benefit W2T operations.

Standing 19,318 feet above sea level, Mt. Kilimanjaro is the tallest, free-standing mountain in the world. Our Kilimanjaro climb will follow the gradual ascent, Lemosho Route, considered one of the most scenic trails and also offering a full-moon summit. This route offers amazing and diverse rainforest, desert, volcanic and ice rock scenery, as well as an array of wildlife. The group will be led by two expert guides from Climb Kili, a climbing company whose primary focus is safety, ethics, and environmental concern. Climbing Kilimanjaro this summer will certainly be an amazing experience for my daughter and me.

We are very excited to do the climb and raise money and awareness for Water To Thrive! If you would like to learn more about donating, or join us on the expedition, you may contact Susanne at, susanne@watertothrive.org. Climb Kili offers a FAQ sheet.

From Susanne Wilson, W2T’s Executive Director: I want to welcome site visitors to Chef Bull’s “Climb Kilimanjaro” campaign for Water to Thrive! It has been such a pleasure to work with Chef Bull and we are so grateful for his participation in raising funds for our mission over the years. For those of you who have not yet had the opportunity to taste his amazing food, I’d like to share a little bit about Chef Bull. Growing up in his family’s restaurant, David Bull learned the inner workings of a kitchen and the role a restaurant plays in the community. He believes a restaurant is responsible for giving back to the community that supports it, a philosophy that drives everything he does at Second Bar + Kitchen. Bull graduated from the Culinary Institute of America in 1994, and joined The Mansion on Turtle Creek in Dallas, Texas. After a distinctive career at The Mansion, he moved to Austin, serving as executive chef of the Driskill Grill, where he and his team earned the Austin American-Statesman’s Number One Restaurant Award for three consecutive years. Food and Wine magazine honored Chef Bull as one of “The Best New Chefs 2003.” In 2007, 2014, and 2015, Bull was nominated for the prestigious James Beard award for “Best New Chef Southwest” (2007) and “Best Chef Southwest” (2014, 2015). I am so excited to have Chef Bull and his daughter, join me in Tanzania this summer!