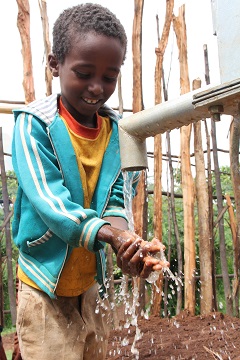 In its first decade of service, Water To Thrive has built more than 850 wells in Africa, and hopes to complete 1,000 before their 10th anniversary year is done.

The need is still so great. Your contribution to this campaign will eventually result in
1. More children, especially girls, attending school instead of walking long hours for dirty water.
2. Less death by waterborne diseases. Every 20 seconds, a child dies of a waterborne disease.
3. More productivity from the land, as women will be able to assist in the fields rather than hauling dirty water.