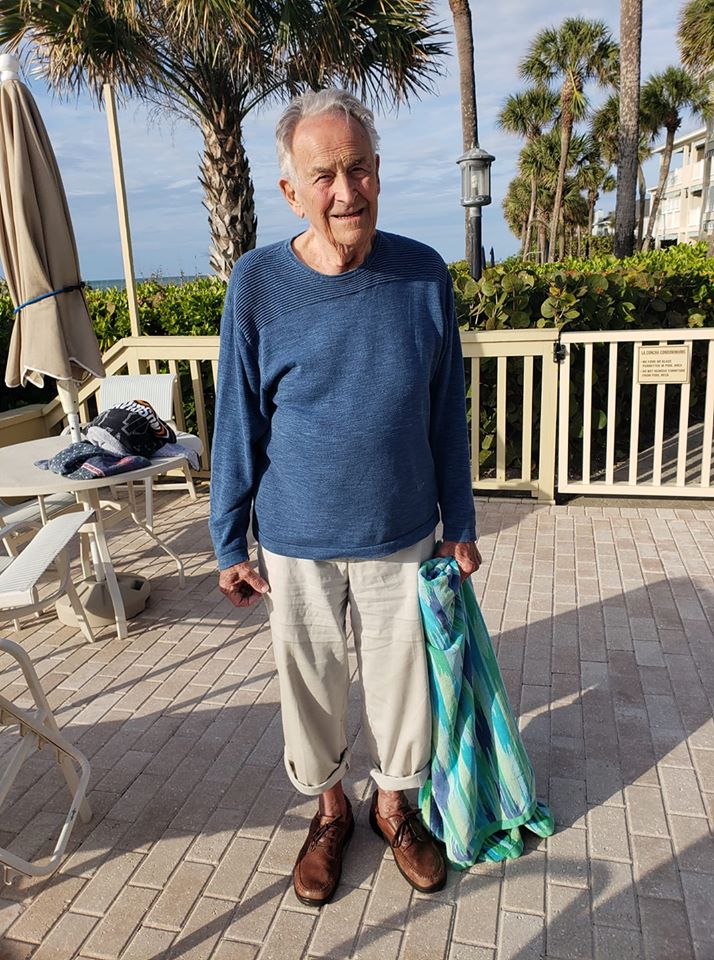 This fundraiser is to honor a man who introduced me to the work of water and led me along the path of finding my passion. On our last visit, I mentioned that I wanted to raise funds for a well in his honor. And so, as the Executive Director of Water to Thrive, I honor my friend, my sage, my mentor, my FRIEND, Alan Winslow, with this fundraiser.

How do you measure a life? In daylights, in sunsets, in midnights, in cups of coffee?

A few months back, we said our goodbyes as no one can predict the time or place. My heart knew I needed to see him one more time, to hold his hand, to laugh at his ever-present wit, to be captivated by his charm.

During our last visit, Alan asked me, “What is success in life?”  Which I think is part of his own reflecting process as he enters the waning days of his final season. I replied to my friend, “So, Alan, what is your definition?” He responded, “To know I’ve been a good man.”  Those of you who know him, also know Alan has that covered in spades.

He has touched so many lives, and those who know him, love him.

Universal City - $1000
Anonymous - $885
Sue & Kirk - $100
Kevin and Karen Eastridge - $200
Josephine Pirrone and Bill Brusse - $200
I will always remember Al doing the Bump in Bloomington, on canoe and raft trips, laughing with the Moron Fish and Tackle Choir, and being a friend to his son's friends.
Jerralynn & Bernie - $100
I can't think of a more meaningful way to honor Alan's life and I am so happy to hear that Susanne was able to let him know before he passed. It must have filled is heart with joy. It brought tears to our eyes to read this. He will be sorely missed but his spirit will always be with us; such a blessing.
Jack & Jan McGowan - $100
It was an honor and privilege to know Alan, such a very good man.
Susanne Wilson's birthday fundraiser - Facebook - $930
In memory of Alan Winslow – A man treasured and loved by so many. His life and legacy is unmatched and I aspire to live life like Alan.
The Hughes Family - $25
Susanne - in memory of your dear friend Alan, a good man. With love, Kari and David.
Elanore & Dan Decker - $250
From your new friends in San Antonio, honoring a man of integrity, wit, wisdom, and character. Know that you have made a difference in this world.
David Winslow - $500
Anonymous - $10
Water is Life - Evansville, IN - $200
Supporter from Evansville, IN - $500