How Is Ethiopian Identity Founded? 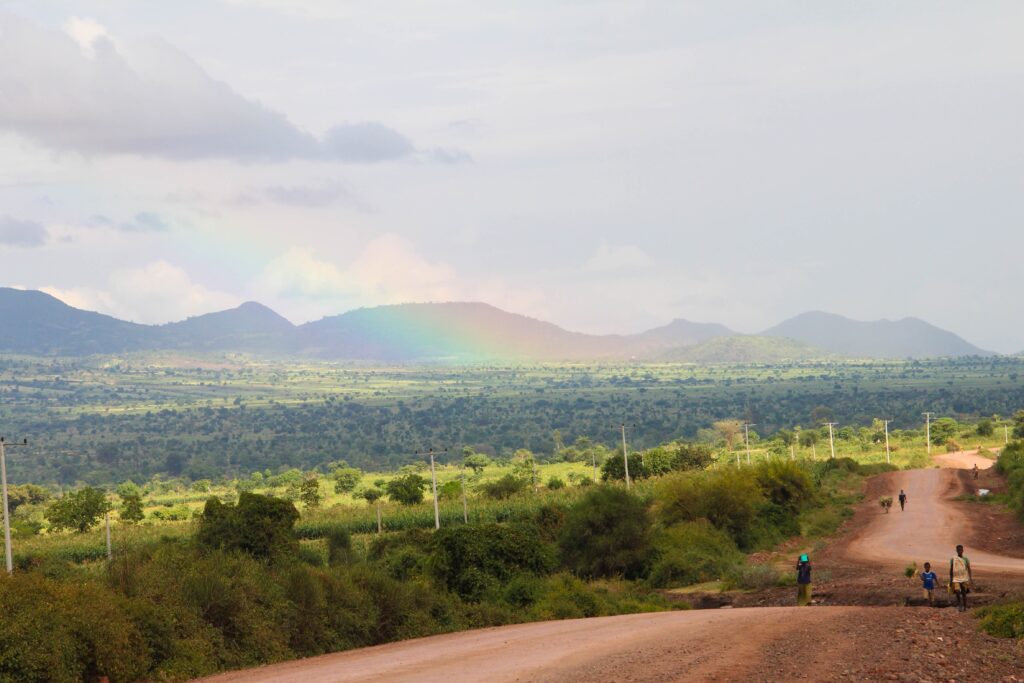 Meet 2020 Summer Intern, Isabella! She spent the summer researching different facets of Ethiopian culture and writing blogs about what she learned. In her first blog post, Isabella takes on the topic of national identity, sharing the ways in which she believes Ethiopia created such a strong identity.

A person’s identity quantifies as the beliefs, personality, fact of being, and similarities to a greater environment that characterize how the person is perceived. Environmental aspects that have a lasting impact on identity may include religion, language, history, societal norms, ethnic affiliation, etc. It is a person’s identity that contributes to the collective narrative of culture in a community or country.

What is Ethiopia’s identity?

It is important to note that Ethiopia takes immense pride in the fact that the country has been untouched by colonialism. Apart from Italy’s occupation of Ethiopia during the Mussolini reign, which only lasted five years, Ethiopia serves as the quintessential symbol of African independence. The historical identity of Ethiopia, and Greater Ethiopia, tells of the existence of a state distinguished by empires. The Greater Ethiopia identity traces its roots back to the nationalist history of the Axumite empire that flourished from the first to sixth century, in what is now Tigray. Following multiple military conquests and emperors, the Greater Ethiopian identity is reliant upon the expansion of Ethiopian territory and the reunification of empires. The Ethiopian Empire, also known as Abyssinia, was one of the last active empires globally and the strong statehood presence was instrumental to the successful resistance of Ethiopia’s colonization.

The Lost Ark and Christianity

“They shall make an ark of acacia wood,” God commanded Moses in the Book of Exodus. And so, the Israelites built an ark and inside this ark, Moses placed the stone tablets inscribed with the Ten Commandments. The history of the lost ark, the Ark of Covenant, is elusive as the Israelites carried the ark for 40 years wandering the desert. However, Christian Ethiopians take immense pride in the claim that the ark rests in the chapel of a small town called Aksum. Supposedly, it arrived in Aksum nearly 3,000 years ago and was guarded by a succession of virgin monks forbidden to set foot outside of the chapel grounds. The Ark of Covenant is still guarded to this day by monks, now in St. Mary’s of Zion church in Axum, Ethiopia. The once lost ark is now a great religious symbol within Ethiopia as the revered ark and its keepers are a Christian Ethiopian treasure. As one of the only African countries not introduced to Christianity by the Europeans due to lack of colonization, Ethiopia takes historical pride with the declaration of Christianity as the official state religion in 333 CE. The Ethiopian Orthodox Church is a strong national symbol of Ethiopian identity, as reflected in the historical legacy of the righteousness of faith that has continued through history in this country.

The conflict between Ethiopia and Eritrea may be traced back to the Italian occupation of the territory from 1936 until 1941. However, even with the independence of Eritrean territory, conflict would ensue with political, economic, and social divides posing to be a great challenge in the unification of the territories and peoples. A humanitarian crisis of national identity and belonging served to be of great turmoil between the people and it wasn’t until the Eritrean People’s Liberation Front (EPLF) defeated the soviet supported Ethiopian army, gaining control of Eritrea in 1991, that resolution seemed to happen.

Ethiopia is estimated to have a population of 109.2 million with more than 80 distinct ethnic groups. Ethiopian ethnicity may also be associated with tribe affiliation. For Ethiopians, tribe affiliation is more than just a label, it is a way of life. The Oromo is the largest tribe in Ethiopia, constituting more than a third of the nation’s population. Following the Oromos, the Amhara people known to live in the capital of Ethiopia, Addis Ababa, are extremely intricate to the governing of the country and fostering of the economy. To learn more about the tribes of Ethiopia and customs click here. To learn more about the people of Ethiopia’s Oromo Valley click here.

Ethnicity and tribe affiliation in Ethiopia are intrinsically bound to linguistic identity. More than 80 different languages are spoken in Ethiopia with an estimate of 200 dialects. Under the Ethiopian constitution, all languages enjoy state recognition, but it is the Amharic language that is characterized as the official and working language of the federal government. Amharic and Oromo are the two most widely spoken languages in the country. Languages within Ethiopia may be classified into four different groups, the vast majority belonging to the Cushitic, Omotic, or Semitic groups all part of the Afro-Asiatic language family. A small number of languages within Ethiopia belong to the fourth group, Nilotic, which is part of the Nilo-Saharan language family.

How is Ethiopian Identity Founded?

Ethiopian identity is composed of a variety of factors. The history, ethnicity, tribe affiliation and variances in the language all contribute to the foundations of Ethiopian culture. As such, it is difficult to compartmentalize the people of Ethiopia because of great differences in culture. However, it is the differences in culture and identity within Ethiopia that promote an incredible diversity.

It was incredibly interesting to research the variances of identity which play a significant part in forming Ethiopians’ sense of being. I especially enjoyed researching the history of Ethiopia. Ethiopia being a country untouched by the grip of colonization and a large majority of western influence, caused me to reflect upon my experience in South Africa. I studied abroad for a month in Stellenbosch, South Africa, and quickly came to the realization that the country still bears the scars of Dutch and British colonization and the apartheid regime inspired by United States Jim Crow Laws. It is understandable why Ethiopians take such immense pride in being the only African country truly symbolic of independence. Researching the elements of Ethiopian identity made me remember the astounding time I had in South Africa and sparked my curiosity to explore other countries of Africa, like Ethiopia.