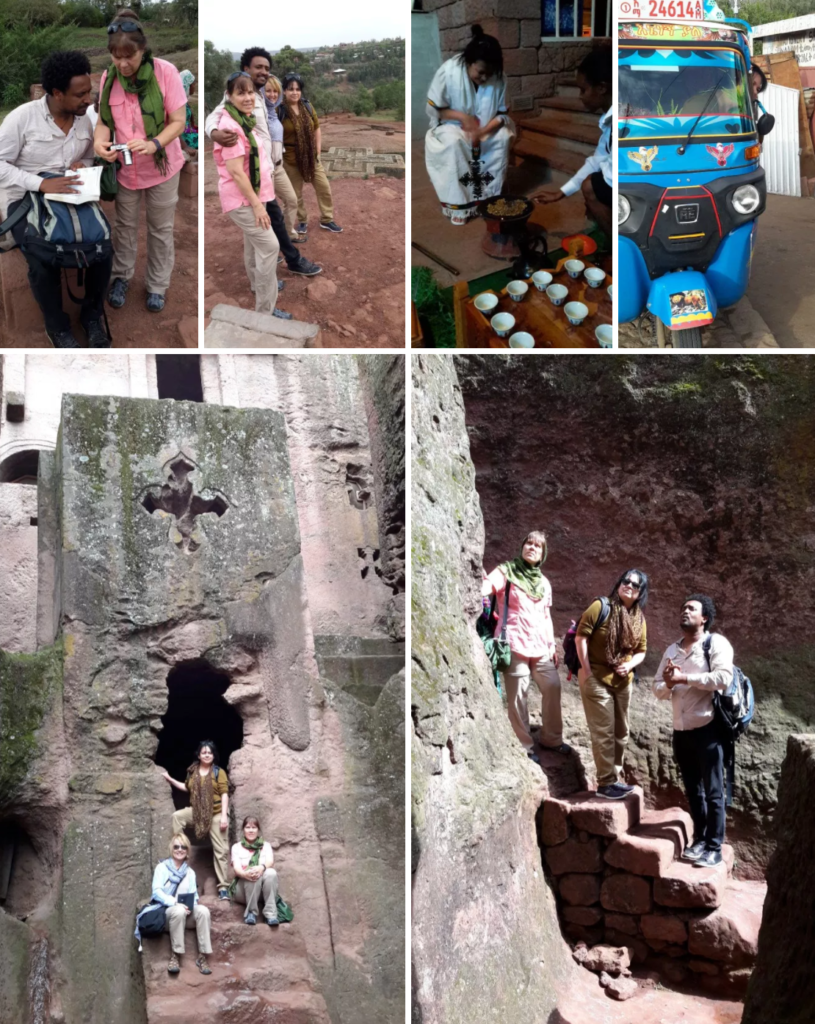 It is the end of day one and we’ve managed to see sights, shop, and experience a coffee ceremony. The flight was as easy as a 13-hour flight can be. We arrived early Saturday morning, and after checking into the hotel and resting for a brief time, we toured the National Museum where centuries of Ethiopian history are displayed.

The most famous exhibit is the display of Lucy, the earliest Astralopithicine afarensis discovered at the time and named after the Beatles song, Lucy in the Sky with Diamonds. We also toured the Trinity Church, which is an Ethiopian Orthodox Christian Church and the most dominant religion of the country.

After a short night of sleep, we were off to Lalibella, the home to the monolithic churches which serve as a second pilgrimage site for Christians who might otherwise travel to Jerusalem.  We were treated to an afternoon rain shower, which is unusual for this time of year since it is technically still the dry season.

Following the tour of the churches, it was time for shopping which involved lots of bargaining, refusals, smiles, and hugs. Our journey back to the hotel was highlighted by a ride in the local taxis, or tuk tuk, which are three-wheeled covered carts creatively and brightly decorated. Our tuk tuk held six in a space designed for four.

Back at the hotel, we were treated to the traditional coffee ceremony. The coffee is served in three courses; abol, tona, and bereka. Each course is progressively weaker and served in tiny cups without handles.

We are looking forward to more adventures and visiting water projects in the coming days. 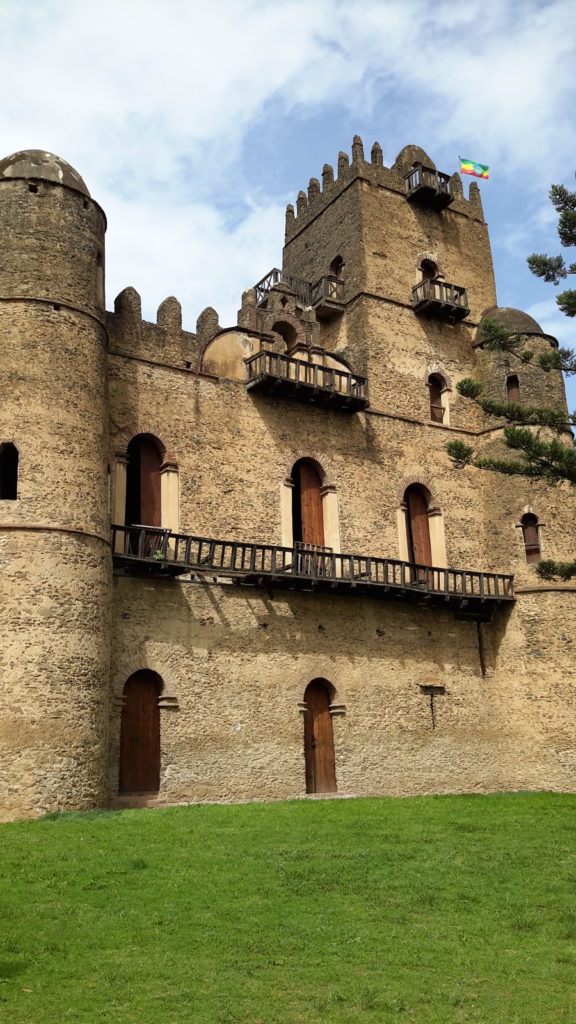