Valparaiso University student Abigail Fate interned with Water to Thrive during the summer of 2018, traveling to Uganda and then doing research and data collection in our Austin offices. She wrote this brief, The Ripple Effect: Water as a Catalyst for Change, to be included in our annual Progress Report. It is presented here with her full citations.

There are countless other issues in the world – even just in sub-Saharan Africa – that are equally deserving of time and money. Issues like unequal access to education, domestic violence, and environmental sustainability, to name a few. So why choose water?

There is, of course, the obvious answer: Humans quite literally cannot survive without it. Every organ and every cell in the human body contains water, and access to safe drinking water is essential for life itself. In 2010, recognizing that clean water is a universal human right, the United Nations General Assembly asserted that every person has the right to water that is safe, sufficient, acceptable, accessible, and affordable.[i] Yet, nearly 10 years later, access to water that meets these criteria is far from universal.

Water to Thrive’s water project model aims to address this water crisis in sub-Saharan Africa by funding wells that provide safe and clean drinking water, are in close proximity to rural villages, and are coupled with comprehensive community WASH (Water, Sanitation, and Hygiene) training. Each village elects a water committee to oversee the maintenance and upkeep of their well and make sure all households pay the monthly user fee. Half of each water committee must be women, which contributes to the sustainability of the wells – past studies have found that projects run with the full participation and support of women are more sustainable and effective.[ii] The WASH training, which covers issues of sanitation and hygiene, mobilizes the community to protect their well from contamination or damage, and the user fee collected each month is put into a fund for repairs. With this model, we have seen a single well serve communities of up to 500 people for 20 or more years, limiting waterborne diseases and bringing good health to these communities.

And good health is just the beginning. This model, which emphasizes clean water, close proximity, and WASH training, has an impact far greater than just health. In an apt metaphor, clean water sources create a ripple effect in rural communities, their benefits overflowing into other areas of life. The most notable effects occur in the realms of education, girls’ and women’s empowerment, and economic growth.

Good health, though not the only beneficial result, is a clear benefit and a necessary step towards development in other areas. Of the 159 million people worldwide who collect water from surface sources (i.e. untreated and unprotected springs, ponds, lakes, swamps, etc.), a staggering 58% (92 million) live in sub-Saharan Africa[iii]. Waterborne diseases like cholera, dysentery, typhoid, and polio spread rapidly through contaminated water source, and diarrhea alone causes 502,000 deaths per year.[iv] Children are especially susceptible to illness, and diarrhea is the second most common cause of death for children under the age of five in Africa.[v] By putting in clean water sources, these waterborne illnesses that result from contamination of water sources are greatly limited, if not eradicated altogether, and WASH training adds to the longevity of wells as they are protected from contamination and damage.

Once health is no longer a concern, attention can turn to other areas. Because children are far more vulnerable to waterborne diseases, access to improved sources of water has an immense impact on their health, which in turn reflects on school attendance.[iv] Though access to education is a problem for both genders, female education is especially improved by clean water sources. In sub-Saharan Africa, girls of every school age are more likely to be denied or prevented from realizing their education: for every 100 boys out of primary school, there are 132 girls.[vi] Data has suggested that when girls begin their education (in primary school) they tend to continue, but many don’t get this chance: the largest gender disparity in education exists at the primary school level.[vi]

It turns out that water is a huge factor in this gender gap in education. The task of water collection falls heavily on women and girls. Estimates of this burden range between 60% and 90%, which clearly indicates that this burden disproportionately impacts women.[vii] Additionally, studies have found that unimproved water sources (not clean water) are more likely to be off-premises, indicating a double-burden: a far travel time, and unsafe drinking water.[vii] As girls are often forced to collect water rather than attend school, their school attendance has been proven to increase significantly for each hour reduction in water collection.[viii] Water to Thrive’s wells, which are all clean water in close proximity to rural villages, addresses these concerns and impacts education, especially for young girls.

Besides the gap in education, the 40 billion hours each year that women in Africa spend walking to collect water takes away from their energy and ability to be productive in other ways.iv According to UNICEF, poor water and sanitation resources result in economic losses that are estimated at US $260 billion every year, which is about 1.5% of the GDP of many developing countries.viii They further state that the global economic return on water spending is US $2.00 for every US dollar invested. Considering other social and environmental benefits, this figure is actually much higher.viii When health is improved through clean water, and time spent collecting water is reduced through the close proximity of wells, this time and energy is freed up for economic growth and development.

So why water? The health benefits are reason enough to justify spending time and resources on sustainable water projects. But it turns out that the benefits are so much greater than just health. The ripple effect makes clean water a catalyst for societal change.

[vi] UNESCO Institute for Statistics (UIS).  (2018). “One in Five Children, Adolescents and Youth is Out of School.” UIS Fact Sheet, 48. Retrieved from http://uis.unesco.org/sites/default/files/documents/fs48-one-five-children-adolescents-youth-out-school-2018-en.pdf. 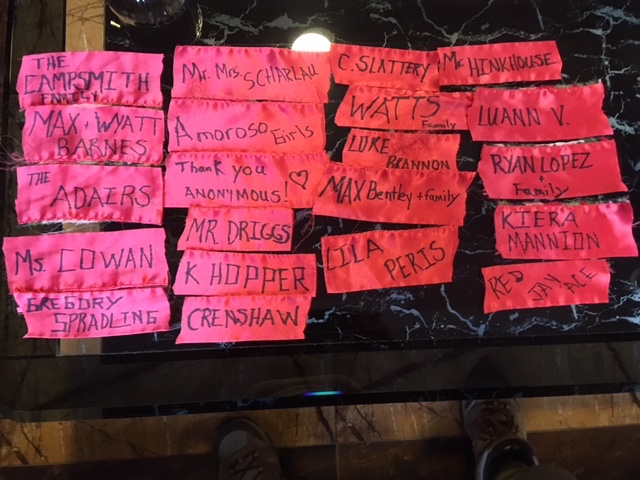 Previous Post Climb for a Cause: Packing Tonight, Climbing Tomorrow